Recently, we had a plumbing job in Wilmette, IL where the customer recently purchased a home.  Shortly after purchasing, they discovered their bathroom drains were leaking, and there was also water leaking in the basement.

In this case, we found several plumbing code violations that were direct causes of the basement leaks.  The owner was unaware of these code violations at the time of purchase.

Finding the Real Cause of Leaks

Pipes leak for a reason.  Part of being a plumber is properly diagnosing the actual cause of a leaking pipe.

Previously, the old owner must have done bathroom renovations without the help of a plumber.  The renovator installed cheater vents, or Air Admittance Valves, against plumbing code in Wilmette. This was part of the reason for the bathroom leaks.

Furthermore, the pipe drain fittings were also positioned against code specifications.  Specifically, the sanitary tee was improperly placed in a horizontal position, going against the direction of flow.  This was the direct cause of some incredible clogging in the basement.

The new owner was under a very tight budget.  Partially, this was because the house was sold as all new copper piping, even though we found several instances of cpvc piping in the house.

In the end, we re-piped the minimal areas to ensure a working drain, and gave a quote for installing a true vent in the bathrooms.  Also, we gave a free quote for replacing the cpvc to copper water piping.

Unfortunately, the customer will have to contact their lawyer to deal with the issue of being sold  But that’s why we are plumbers and not lawyers!  We hope to complete the full repair after the new owner is able to work out the issue with the seller. 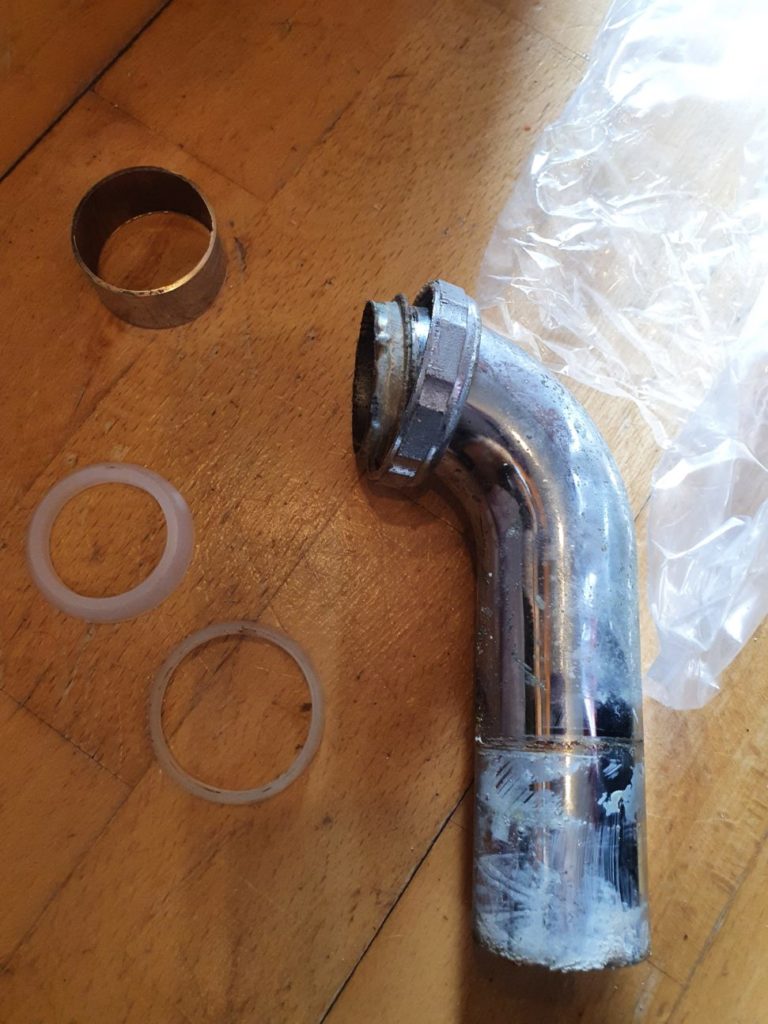